WANTED A Superhero to Save the World- Tour and Giveaway 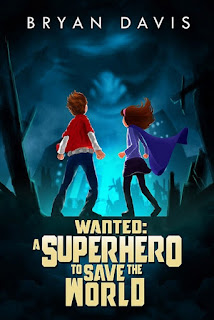 Eddie Hertz is smart, real smart. He has to be. What other twelve-year-old patrols the streets of Nirvana alone, hoping to foil the schemes of the evil Mephisto? Since Eddie is small for his age, he trusts in his Batman-style gadgets belt and acrobatic skills as well as lots of experience, like knowing how to swing across dark alleys without being seen.

Eddie has a dream, to become like Damocles, Nirvana’s great superhero. To make that dream come true, Eddie invented a device that is supposed to give him superpowers, but using it on himself is dangerous, maybe even fatal. He doesn’t have the nerve to try it.

When Mephisto unleashes an earthquake machine on the city, Eddie gets a surprising teammate — his quirky eight-year-old sister, Samantha, who comes up with an unexpected way to help Eddie in the frantic battle to prevent the biggest earthquake of all.
Since Damocles has lost his ability to help in physical form, Eddie and Samantha are the only hope for Nirvana and the world. 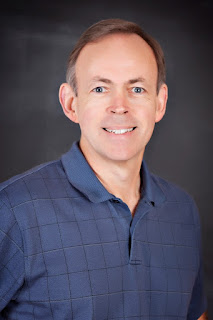 About the Author
Bryan Davis is the author of the Dragons in Our Midst, Oracles of Fire, Children of the Bard, the Reapers Trilogy, Dragons of Starlight, Tales of Starlight, and the Time Echoes Trilogy, fantasy/science fiction/dystopian novels for youth and adults. His first novel, Raising Dragons, was released in July of 2004, and several books in that series have hit various bestseller lists, including Eye of the Oracle, which hit number one on the CBA Young Adult best-seller list in January of 2007.
Bryan was born in 1958 and grew up in the eastern U.S. From the time he taught himself how to read before school age, through his seminary years and beyond, he has demonstrated a passion for the written word, reading and writing in many disciplines and genres, including theology, fiction, devotionals, poetry, and humor.
Bryan is a graduate of the University of Florida (B.S. in Industrial Engineering). In high school, he was valedictorian of his class and won various academic awards. He was also a member of the National Honor Society and voted Most Likely to Succeed.
Bryan and his wife, Susie, work together as an author/editor team to create his imaginative tales.

There are two contests:

The first contest’s giveaway is the winner's choice of any Bryan Davis book, plus a Wanted: A Superhero to Save the World T-Shirt and bookmark.

The second contest holds the Grand Prize - the items from the first giveaway PLUS a complete Bryan Davis book series of the winner’s choice or a $50 Amazon gift card. Now, you will need to look for all the secret numbers placed on the giveaway pages below and add them together in order to get the correct answer needed for entry into this giveaway (mine is 12).

Book Spotlight and YOU WRITE: About Bryan Davis @ Red Lettering

Spotlight and YOU WRITE: About Bryan Davis @ target verified

Spotlight and YOU WRITE: About Superheroes @ Dreams and Dragons

Author Interview and YOU WRITE: About Bryan Davis @ March to a Different Drum