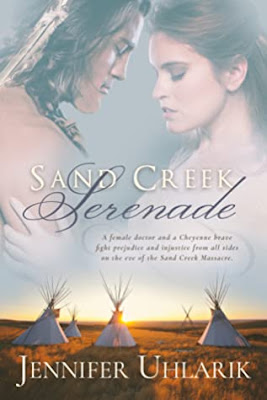 Description: One woman with a deep desire to serve and help. One brave who will stop at nothing to save his people. Each willing to die for their beliefs and love for one another. Will their sacrifice be enough?

As a female medical doctor in 1864, Sadie Hoppner is no stranger to tragedy and loss. While she grapples with the difficulties of practicing medicine at a Colorado outpost, she learns that finding acceptance and respect proves especially difficult at Fort Lyon.

Cheyenne brave Five Kills wants peace between his people and the American Army. But a chance encounter with their female doctor ignites memories from his upbringing among the whites … along with a growing fondness for the one person who seems to understand him and his people. As two cultures collide with differing beliefs of right and wrong, of what constitutes justice and savagery, blood spills on the Great Plains. When the inevitable war reaches Fort Lyon, the young couple's fledgling love is put to the test.

My Thoughts: The Massacre at Sand Creek is one of the most upsetting massacres I can remember ever learning about. The details are horrifying and the subject dark, so I was genuinely interested in how Uhlarik would depict it. And I believe that she did the event justice in her telling without making the story graphic or needlessly upsetting.

However, I did not connect as well with the characters. Sadie, in particular, frustrated me with the way she handled most of the conversations she had with her brother and his friend. Instead of truly sticking up for herself and making her own decisions, she tended to lock herself in her room or give them the silent treatment for a while before capitulating.

And the end of the story is something that I am torn on. It makes sense with the element of supernatural dreams that is woven throughout, and gives Five Kills a miracle that would have fit naturally into his outlook on the world. Yet I didn't find it as satisfactory as the ending which I had anticipated.

Overall, this is a well told story. The writing is wonderful and the historical and religious threads woven in naturally. But there are things that I wish had been slightly different.

I have provided an honest review after receiving a copy of this book through JustRead Tours.
Posted by Bookishqueen at 11:32 PM